Released in late 2014, Damien Chazelle claims that he put a piece of his real-life experience in Whiplash, a movie about going to the extreme limits as an artist. He explains it by setting a character, Andrew Neiman, an ambitious new drummer who enrolls at a prestigious music conservatory only to be terrorized emotionally and physically by his professor, Terrace Fletcher. Witnessing the emotional dynamics between the characters, I personally think this is more than just a film. It has great lessons for everyone to learn and apply in their lives.

Neiman demonstrates perseverance in the face of what most people would consider “unnecessary abuse,” made worse by the fact that it comes from a mentor. In life, encouragement is not always by your side. Difficult days at school, work, or home can be depressing, and adding the abusive words of your boss – or, in this case, Neiman’s instructor, Fletcher – can drive someone into a corner and make them have a breakdown. However, this is not the case with Neiman. His desire to be great outweighs his failures and discouragement. When he was abused by Fletcher in front of the stage,  he literally tooks his drumsticks and started playing a solo. So, just like Neiman, anyone can convert any negative energy in your life into positive energy.

Chase Your Dreams No Matter What

This is probably the most obvious lesson from the film, as Neiman constantly grabs his drumsticks in order to achieve his goal of becoming one of the greats. The road is difficult, as it is with anything in life, but you must pursue it and fight every step of the way to achieve your goal. Neiman did not relent. What’s the point?

Sometime in the film, Neiman befriends a girl who works at the movie theater where he and his father usually went. They eventually become a couple. This is when things take an unusual turn; Neiman becomes obsessed with becoming a great drummer to the point where he believes relationships, such as the one he has with his girlfriend, will get in the way of his dreams. This is a HUGE ERROR, people can’t easily figure it out. Fletcher is Neiman’s push to greatness in the latter, but his girlfriend was the “balancer.” People require someone to keep them calm, and Nicole was the one providing that to Neiman. To be blunt, don’t remove people from your life unless you’re certain they don’t belong there. In a short phrase, it can be said that, ‘A balancer is needed to be great’.

Fletcher might be out of line and even harsh to his students at times. But, if Neiman hadn’t been under Fletcher’s tutoring, would he be able to achieve the same results? Fletcher’s unwavering commitment to pushing his students to their maximum potential, regardless of their feelings, drove Neiman to recognize his potential as a great drummer. This is known as tough love, in which someone is continually encouraged by someone who believes in their talent but expresses it in an unpleasant way, as Fletcher does with his students. 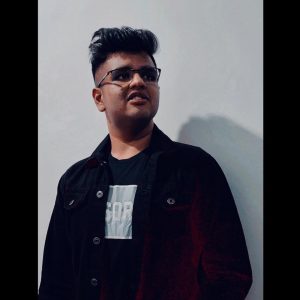 Rohan is an aspiring entrepreneur and an avid comic-book reader. When he is not lurking in the shadow of Gotham city, he finds his comfort in a warm cup of coffee.