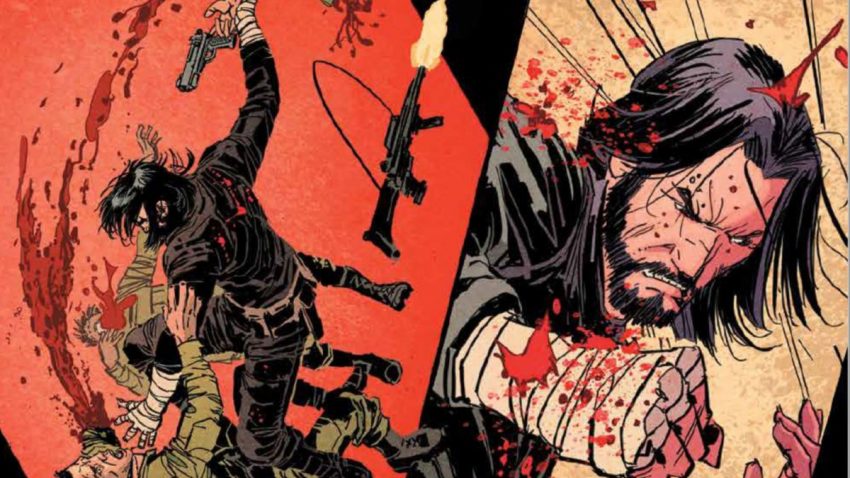 They kept torturing me and my father in the same room. Bad words, heavy beating, and our screams made the environment sad. Our family has already paid them half a million taka to get us released and left no stones unturned. At our capture, my mother died out of a series of heart attacks and the youngest brother had a massive hit and run while walking on the road. Money is not the only thing they wanted from us. They were angry because my father worked on a nuclear project they wanted to know all about. It’s quite understandable. Nationalism is something many of us don’t cherish anymore. But still, we are in a country with some distinct features, certain rules, and a constitution. We have adherence to them. But who do these guys work for? Are these people from the Transnational Front SEA?

Father didn’t agree to share any information about the project. Some among those oppressive people wanted the information and the rest wanted money. Our family paid them the best ransom and even gave them two of my Father’s laptops, which provided them with some confidential data. Yet, they wanted Father to make them understand what they meant. Plus they want something else from Father, which I didn’t understand.

“I cannot endanger the lives of millions,” said Father.

They hit him until he fell flat on the floor with two of his teeth out of their places. Then two of them came to torture me. They beat me for about ninety seconds with their mere fists. Blood split all over. I fell unconscious.

The guy in the straw hat was the most brutal of them all. I know his name now. I know where he lives and what he does in this world of business where people and machines, minds and bodies all seem to thrive on the conditions many are still too baffled to get over with. His name is Shakhawat Hossain, a man of strong physic, expressionless eyes, and sharp words. He seemed extremely intelligent too. He didn’t say a word to me. I have several adjectives for him. He was a man of might and mystery. A permanent renegade. He was called by many names. One of them was – Shakhawat the Destroyer.

He wanted Father to tell them what was in the project and a few other stuff. I still don’t know what they were. He dictated others how to torture us as he seemed to be fighting with the running time. He assured Father that once he got all the information he asked for he would release us.

My father was one of the scientists in the project and had been working in this field for about forty-one years. He was a man of principles. He used to love me a lot although he never talked about his love for me. I am sad. All the beautiful rains in Asia cannot make me feel happy.

It’s not easy for them to make us disappear all of a sudden and get away with this, I thought. We have our complex network of power, which didn’t work in those brief days of torture, where they killed father at my impotence. Although they hit me the most, it was Father who died. He died with long sad eyes right before my groaning self. I was hurting badly as I was being hit for being Father’s son. The sweet November wind knows them all. I would never forgive them, I thought. Their slapdash actions should be examined.

When I regained consciousness, I felt cool. Hot liquid on my lips and eyes. It was a man peeing all over my body. With a few more humiliating words and three heavy kicks on the left of my belly, they left. With painful breaths, I crawled to the corpse of Father. His eyes were open. I tried to close them. They were as hard as ice.

I Escaped A Gorilla

It was night. A November night makes your sore hurt the most. Two people opened the door with no caution at all. Some vegetables wrapped in polythene and two chapatis were thrown on my lap. They started dragging Father to the door. I hit one of them with my knee and the other hit me on my nose. I fell for half a second and dashed to him with all my force. I hit on their faces until my fists stopped feeling anything. I came out of the room and looked at Father for the last time. I heard at least three people talking in the Northeast room. I took the opposite route. I left the house behind and felt I was somewhere near the Buriganga River. I cleaned myself. Going home would get me killed. I went under the cover of my distant relatives.

What are you? What are you doing in this forlorn house? You and I perfectly got each other. No, I doubt. You have wires and additional cells in your body. These walls have holes and they are not empty. The wind here is full of information and data collecting devices. Do all of them have minds? This mind-body dualism never leaves me alone.

I had dislocated the heads of three droids safekeeping this house and stabbed two men until they became a gory painting. I remembered the bigger guy. He humiliated me. I got his brown ass busted with hundreds of kicks. The droids – I took out their memory cards and cut the circuits. I put them all in the incinerator. Sense of safety always drove me dull. Before I reached here, I had destroyed the camera surveillance. I know I still didn’t have enough reasons to feel safe. So many technologies around!

Living under so many artificial eyes is tough.

I wonder if you could still communicate with others using any built-in mechanism. Mr. Shakahwat – half man, half machine. Your model says, well let me cut the flesh of your right hand right beneath the joint, yes, here it is. It says M6-50. You are faster, regular-food-and-sun-run, and you need only two hours sleep in 24. And you can live, with the updates time and again, infinite. Gosh! What have you put inside your flesh! It’s not illegal, you think. That’s alright. I am here to talk about the sad eyes of my father.

You tortured Father and me till he died. We were easy catches for you. You were strong. You have failed government intelligence countless times. I got you risking my life.

Who do you work for? None but yourself. You are a thinking thing, being. Cyborgs like you can think, eat, mate, destroy. Frankly speaking in my life I have never confronted anyone like you so close. Let me be quick. I might be under surveillance by a powerful drone camera controlled from another continent or space. They have promised you safety, eh? When you tortured my father for money and you thought nobody could do anything to you, you played God. Do you know what Father said when he was dying? He said he is an honest man, a man who values integrity. You laughed like a maniac. You are so mechanical. But I will see how you reflect when I inflict pain in your limbs. I will enjoy the dysphonic scream. You might want to be human again. A normal regular food-fed human being. But grr… It’s all about might. I am the authority now.

I kept looking through the window every now and then. I am nervous and sweating in the November environment. Shakahwat, beaten and tied on a chair which is tied with the dining table, kept looking at me. I am sure I have broken his tibias. I cannot take any risk, no, not now.  I cannot read his eyes which makes the situation complex. The situation disturbs me. This is a fast changing world. Things are changing so fast I cannot keep track. In these changing things my Father was a big constant guiding star, a friend with whom I could share the universe.

I will burn your invincibility. The cyborgs like you are now the biggest threat to humanity. God, you are getting all over, fast!

You want to say something? No, I can’t allow that. Maybe with your words you start a program which is installed in the constituents of this house. This is no ordinary house, I guess. You are no ordinary man. I am now in a terrible juncture. My Father meant a lot to me. He still matters. I am going to slice your limbs and enjoy your screams with some Hans Zimmer.

What is this, a lizard? No ordinary lizard, maybe. Made of silicon, fiber, artificial eyes with loads of programmed intelligence. Let me be quick in dismantling you so that I can regain my sense of normality. I ain’t no angel. You ain’t no man. Let me punish you, finish you, your career of evil force with agency. That’s why it’s going to be such a show.

Let me cut your parts bit by bit for I cannot bear anymore the sad eyes of my Father. I cannot live my life until you are destroyed. The soul of Father will rest in peace once I burn this whole house and you are broken into the tiniest parts. 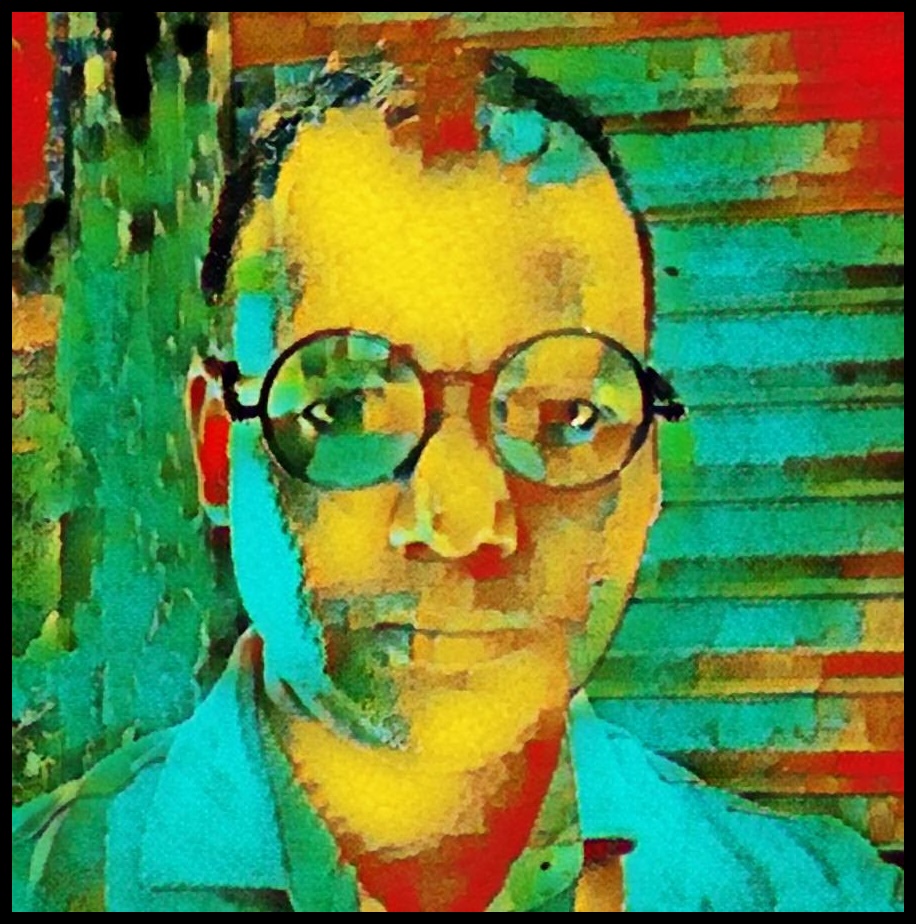 Shahinul Islam is an Assistant Professor and the Chairman of the Department of English Language; Literature at the University of Science &amp; Technology Chattogram (USTC). As an active researcher in the Humanities, several of his works have been published in reputed journals on topics ranging from linguistics and literature to cinema. He is also a songwriter and musician who often focuses on the Bengali folk scene.