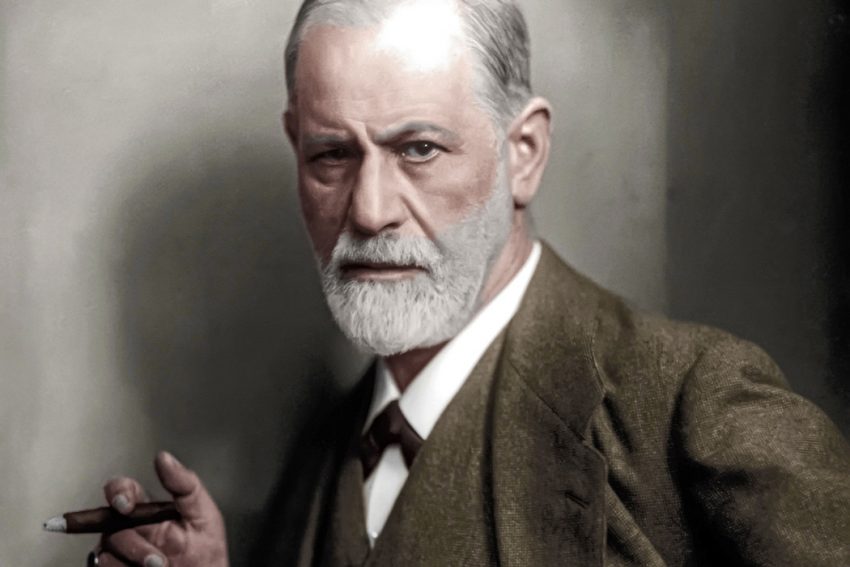 In the world of literature, Sigmund Freud’s psychoanalytic theory has helped readers and researchers shape critical analyses on a wide range of topics from personality disorders, memories, sexualities, dream interpretations, and the coming-of-age anxieties of literary characters. At its core, Freudian psychoanalysis demonstrates how behavior and character development in a person are caused by conflicts between the conscious and the unconscious. According to Sigmund Freud, the struggle between Id and SuperEgo is influenced by the external environment and it is the function of Ego to make a balance between these two.

With a tale of fragmented and flawed humanity, Jason Rothenberg’s The 100 establishes the need for humans to unite by showing different struggles of their consciousness. The reason this television series can be analyzed effectively using Freudian psychoanalysis, is primarily because of its portrayal of the conflict between Id and SuperEgo. The rest of the essay will analyze how this show uses Freud’s concept of human consciousness in its science fiction narrative for a thought provoking story telling of human survival.

In his essay titled “Beyond the Pleasure Principle”, Freud said, “The Id and SuperEgo are in constant conflict, because the Id wants instant gratification regardless of the consequences, but the SuperEgo tells us that we must behave in socially acceptable ways” (4). This conflict is very much visible throughout The 100. Almost every single character in this show has committed some wrong deeds, yet over the course of the one hundred episodes of this show, our protagonists ultimately wished to do the “right” thing. We can study the character of Marcus Kane as an example for this. On the Ark, he committed a mass murder of three hundred innocent people in order to save the rest. He did it as he believed it was the right thing to do. However, when he started to live as a part of Wonkru, he denied cannibalism and fought for the survival of everyone as he realized his previous mistakes.

We can also find this concept of a morally gray character, that is characters that are not completely good or completely evil, in Freud’s discussions. According to him, “human personality is complex and has more than a single component” (Mcleod 2). It is because of the combination of three components of human personality – Id, Ego, and SuperEgo, a person becomes a reflection of his complex subconscious thoughts. This can be seen in Abby Griffin who plays the role of Clarke’s mother and the chief medical officer in the Ark. Her actions since the very beginning of the show symbolize the conflict between Id and SuperEgo.

To illustrate, when Abby’s husband Jake Griffin discovered a fault with the oxygen levels of the Ark, he believed the people living there had a right to know. However, Abby feared that the leakage of such crucial information would cause riots and hence she reported her own husband to the Chancellor Jaha. As a result Jake Griffin was given the capital punishment, which is, death by floating into the space. Abby was also a part of “the 100 program” which sent hundred teen prisoners to the earth to check its sustainability and among these hundred people was her and Jake’s daughter – Clarke Griffin.  According to the Freudian morality principle, Super Ego is the part of a person’s mind that triggers and criticizes the conscience. It is the ethical component of the personality and provides moral triggers to the Ego. Through the portrayal of Abby Griffin, it is quite notable that often the Super Ego has the capability to take over the reality and that is why she did not hesitate before sacrificing her own family for the survival of her people.

In contrast to Abby Griffin’s portrayal of the morality principle, one character that impulsively portrayed the pleasure principle, or Id, is Charmaine Diyoza played by Ivana Miličević. Before the world was collapsing in the fictional setting of The 100, Diyoza was a colonel who turned into a terrorist. Because her conscious mind had thought the government to be a fascist, she let out her anger and frustrations by conducting massacres. She ordered multiple bombing missions and mass murders just to prove her point. This shows that in a constant conflict between the Id and the SuperEgo, sometimes people like Abby lean towards their morality while people like Diyoza give in to their need for pleasure and satisfaction.  Just like Diyoza, her partner Paxton McCreary also followed the desires of his Id as he destroyed whatever was left of the planet earth for his own selfish anger. Lastly, the destruction of the remnants of the Ark by Ilian on the episode “We Will Rise” was also a result of his Id that looked for pleasure in revenge for the death of his family. All these characters were a puppet of their Id, as Freud mentioned, “the Id is the source of all psychic energy, making it the primary and the most impulsive component of personality” (Boag 9).

While the concepts of the characters’ Id, Ego, and SuperEgo getting drastically affected by the struggles of survivals is quite striking in the series, The 100 also shows weaponizing an aspect of human beings that is considered the center of all drives by Frued – their consciousness. To illustrate this two allegories from this series that will be focused on are: the City of Light and the Primes. Both of these ideas have one common symbol – the AI chip created by Becca and a shared goal – to control the human consciousness.

The City of Light was an artificial image of the world created by A.L.I.E  to harbor humanity. The key to this city was to ingest a chip and A.L.I.E claimed that taking this chip will make its inhabitants feel no pain, diseases, or sufferings. However, it did end up taking all their memories as it reached and altered their consciousness as a cost of feeling n pain ever again. Similarly, the Primes, who were just like regular human beings from the space station called Eligius III, ended up ruling the Sanctum (a moon) by brainwashing people into thinking they are Gods. In this series, a Prime’s conscious mind is preserved in a cybernetic implant called the ‘mind drive’. When a Prime’s mind drive is put into another person, their consciousness is taken over by the implant and all their memories and personalities are replaced by the once dead Prime. In this way, the Primes get to continue existing despite being physically dead and this makes them appear as gods to commoners of Sanctum. Because of their spread of false divinity, they have lived on for centuries by transferring their consciousness to the bodies and minds of the common inhabitants of the Sanctum, further proving Frued’s claim that the human consciousness is the root of all our instincts that ensure our individual existence. Thus, the weaponizing of the unconscious mind at different parts of the series definitely adds to Freud’s idea regarding human consciousness, which further makes this series a good example of Freudian psychoanalysis.

Apart from that, throughout the series we can also see the use of that A.I. chip symbolizing consciousness for a positive purpose. The process of selecting a commander or “heda” for the grounders can be used as an example for this.  Commander, also known as “heda” in the fictional language of Trigedaslang, was applied for the person who would carry the A.I. chip (also known as a “flame”) as they rule the grounder clan. When a commander would die, the A.I. Chip was taken away from their body and kept safe by a Flame Keeper, that is, the spiritual guide of commanders, until a successor had appeared. The A.I. chip itself was a neutral element that did not completely take over the host’s mind. Rather, it merged with the consciousness to pass the wisdom and the experiences of the previous commanders. In an ascension ceremony of a new commander, the flame keeper Gaia said, “Through the dark, the Flame lives on. The body passes, but the Spirit is strong. The Spirit has chosen. Let the Commander ascend” (A Lie Guarded 10:58). Through this chip, the new commanders get visions and flashbacks of the previous commanders and can also hear their voices. The commander then uses that to acquire knowledge about how to rule over their community and people. Therefore, the use of the A.I. chip was rather done positively here as the grounders believed that it held the spirits of the previous rulers and the spirits will choose and guide the next commander.

All these instances of influencing a person’s consciousness for multiple social and political purposes re-enforce Freud’s theory that human consciousness is the root of all our instincts that form our personalities and behavioral traits. If the origin of a person’s personality formation can be taken under control, then that individual will lose his/her ability to make their own choices and blindly follow the mind controller. Similarly, if a strong source of wisdom is exposed deep down someone’s unconscious mind, then she/he will be able to apply that for being a better human being themselves. This is why throughout this dystopian show the characters’ consciousness became the most powerful and vulnerable weapon that kept getting influenced for political motives.

With all its hundred episodes, The 100 is a story portraying survival at any cost and the impacts of its consequences on the human mind. However, underneath this thought provoking portrayal of human survival, there is a grand message given to the audience through its science fiction tradition. The 100 is ultimately a story of the struggle between the reality principle and the moral principle, that is, a portrayal of Id versus SuperEgo. Through this conflict, the characters end up exploring their deepest parts of the unconscious – just as Sigmund Freud stated through his theory of Psychoanalysis. Hence, The 100 at its core, is a good illustration of Freudian psychoanalysis.

The writer is a literature major who has a soft spot for anything dystopian. Also, she loves to binge on graphic novels and poetry books in her free time.